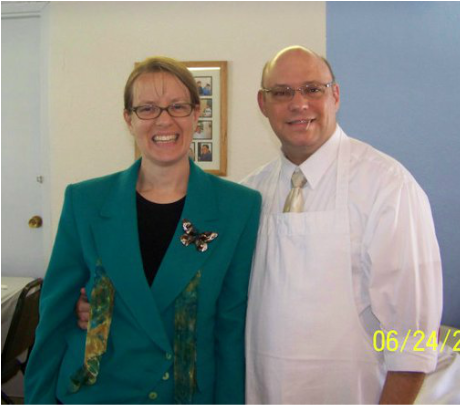 Brother Mark and Sister Katherine Streit were ordained to be shepherds of this local assembly by the laying on of hands of the presbytery during a gathering of many churches in November of 2001.

Before they were married in 1993, Katherine had been faithful in the assembly for many years.  She had attended the church’s Christian ACE school (Accelerated Christian Education / School of Tomorrow), when—upon graduating with honors—was asked to turn around and take its helm.  She continued as the supervisor of the school until their first son, Samuel, was born.

When they were married, Mark moved from his hometown of Missoula, Montana—where he had attended the University of Montana and worked for the U.S. Postal Service—to be with his bride, and the couple began their life together in Kelowna. 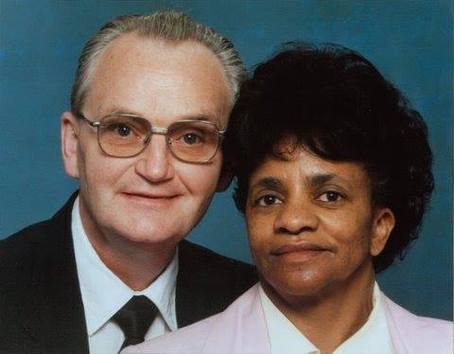 Pastor Melvin and Sister Phyllis Mierau—the founders of the assembly—took the newlyweds under their wing, helping them with no reservations in the love of Christ, and being a wonderful example of how a godly marriage is to be.

Katherine became the music leader of the church, and Mark began to get a vision of working to support his new pastor, to hold up the hands of this man  and woman of God. 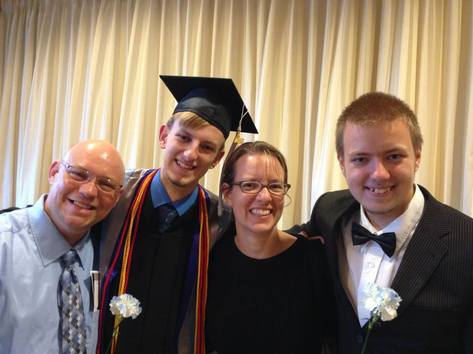 Their first son, Samuel, was born in 1995.  Benjamin came along in 1997.  Today Sam is an animator with Yeti Farm Creative, making animated children's cartoons, and Ben is a student at the University of British Columbia Okanagan taking General Sciences, with a desire to be a missionary.

In 2001, Brother Mierau—whom God had miraculously healed from cancer 15 years before—told those that worked close with him that the Lord would soon take him home, and that it was time to ordain younger ministers to lead the churches God had placed in his care.  In the Kelowna area, he felt that the Streits should take oversight of the flock.

Patterning ordination after the Early Church—which did not use seminaries to train ministers, but rather nurtured them up organically within the church—Mark and Katherine were ordained to the ministry in November 2001 during a fellowship meeting in Beaverton, Oregon, to carry on the work that the Mieraus had planted, and to find new direction from God for the future.

"And the things that thou hast heard of me among many witnesses, the same commit thou to faithful men, who shall be able to teach others also."
(2 Timothy 2:2).

"For they that have used the office of a deacon well purchase to themselves a good degree, and great boldness in the faith which is in Christ Jesus."
(1 Timothy 3:13).

Not long after this, Brother Mierau went to his reward in the Spring of 2003 at the age of 57. Sister Mierau was also "safely gathered home" less than a year later.  They had spent their lives serving God and His people. 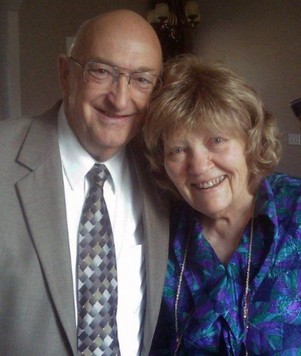 ﻿﻿Before he passed, Pastor Mierau had charged the oversight of the new ministers to Mark’s father, W. Dale Streit, of Missoula, Montana, who had also been Mark’s pastor growing up.  Elder Brother Streit is shown here with Mark’s mother, Dianna, who went to her great reward in November 2014.

Elder Brother Streit occasionally visits the assembly here.  Through his wisdom and walk with God, he provides valuable support, along with many other seasoned ministers, as part of a multitude of counselors for Mark and Katherine, and the ministers and people of the assembly.

Mark and Katherine have continued to be faithful to the work they were called to do, and  with the help of the local ministers and saints are daily seeking new direction from God as they strive to make the Kelowna assembly a city of refuge for God's children and a dwelling place of Zion, upon which the Spirit of God will be pleased to rest.

"And the LORD will create upon every dwelling place of Mount Zion, and upon her assemblies, a cloud and smoke by day, and the shining of a flaming fire by night" (Isaiah 4:5).﻿﻿