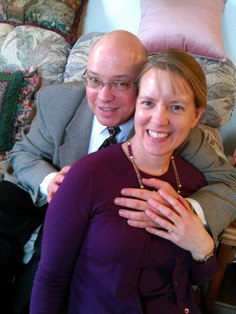 Brother Mark & Sister Katherine Streit
Proving themselves faithful under the ministry of Melvin & Phyllis Mierau,
the founders of our assembly,
the Streits were ordained to shepherd the Kelowna church in November of 2001.
Brother Mark has pastored the church since then,
and Sister Katherine is in charge of the music.
They very much appreciate the guidance of their overseer, Elder Brother Streit,
and the multitude of cousellors they have in the ministry of the Body of Christ.
They also appreciate the help and wisdom of the local ministers, shown below,
and the faithful saints of God who gather with us. 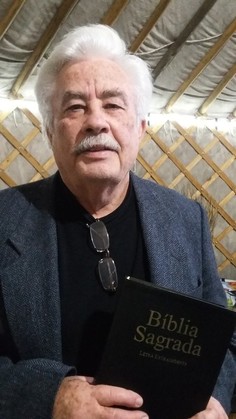 Brother Timothy Wayne Drost
A son of the renound "Bill Drost the Pentecost", Brother Timothy Drost was born in Cali, Columbia into the well-known Canadian missionary family widely credited with bringing the message of the Holy Ghost baptism & water baptism in Jesus' name to the Spanish-speaking countries of Central & South America and also to Spain.
Ordained to the ministry at 21  and pioneering his first church in Spain at 22, he has been involved in helping plant and/or pastor 35 churches throughout his ministry.  Although occasionally traveling to far-away places on speaking engagements,
this past year he has made our assembly his home base.
As we grow in numbers, he is able to translate the services into Spanish or Portuguese. Our assembly has been blessed to have the wisdom
and Godly instruction of this man of God as he works to instill
a passion for evangelism and winning souls to Christ. 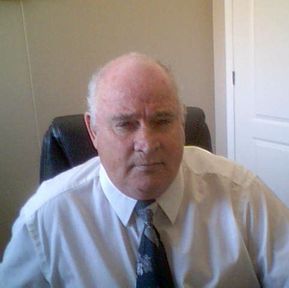 Brother Rodney Clark
When Brother Rodney & his wife Betty came to us from Free Pentecost in 2005, he was already an ordained minister with a spirit to work in order and help build our assembly.  With the heart of a pastor and gifted as a Bible teacher, his love for God's people and his knowledge of the Word of God is evident.  He now pastors Fellowship Gospel Assembly of New Brunswick, laboring to establish a work there.  He also has an internet ministry.
Brother Rodney has a strong faith in the sovereignty of God,
and always an uplifting and positive confession.
He takes part in our services on Sundays from Shediack, New Brunswick
via speaker  phone, ever exuberant in his love for the things of God.